Australian Exhibition: From a Continent to an Island 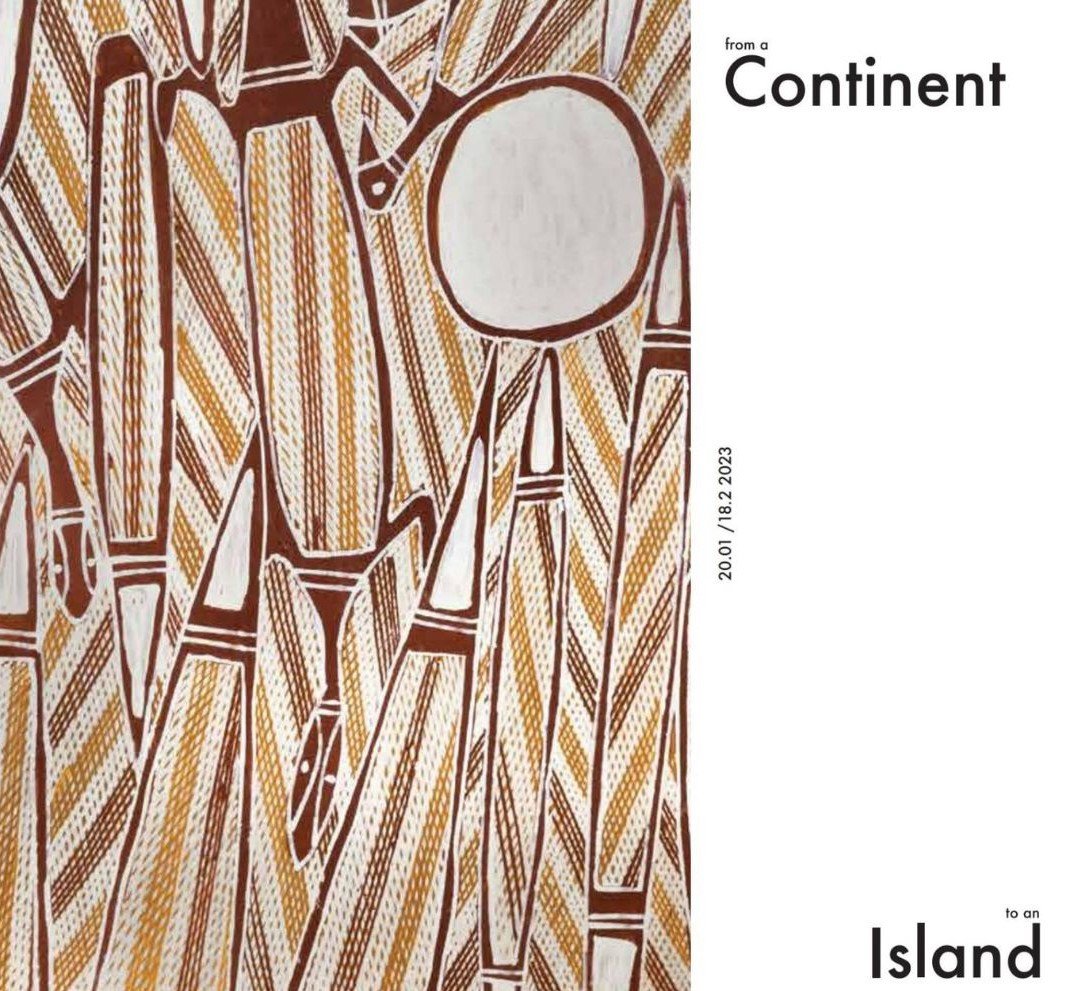 From a Continent to an Island

The exhibition From a Continent to an Island offers to those who walk through the door beautiful and unusual works. An exceptional and important collection of about sixty paintings on bark, created by Indigenous Australians from Arnhem Land in northern Australia, opens the door to a surprising world.

Here we have a world of myths about the creation of the Aboriginal world, the Dreamtime, which the people of Arnhem Land have recorded on eucalyptus bark. The creator ancestors bequeathed the land to people and tasked them to conserve it in order to live in harmony with it.
This wise directive which our contemporary civilisation is only now rediscovering, can hardly be found anywhere but in these conserved territories.

For over 20,000 years, it has been an insider's job to tell the countless founding myths of Arnhem Land from generation to generation. Each clan and family perpetuate the story adding their own reading to it, while also highlighting their totem taken from the Dreamtime.
But the work entrusted to the initiated is twofold: to continue the narration of the myth as demanded by the Ancestors, but also to do so in such a way that the profane cannot access the profound meaning of what is painted.

Visitors must first get used to the support: a dark eucalyptus bark on which ochre drawings are traced. Then the eye is drawn to a story told in codes that are immediately disconcerting. We have to fight against a natural propensity to try to explain, decipher, guess or speculate. We look, but we do not see. We cannot. We should not. We are not insiders. We are on the threshold of an elsewhere that escapes us, that we cannot penetrate and in which we shall always be strangers.

Indigenous artists, as transmitters of knowledge, are necessarily often short on explanations of their very rich cosmogony. A few snippets of information sometimes, or rather rarely, enlighten the reading. But very often, only the image is present, beautiful but enigmatic to us mere lay people.

This dialogue between two islands, both rich in a strong mythical past, had to come to pass one day. Twelve thousand kilometres separate Arnhem Land, where these barks were painted, and Nicosia in Cyprus, where the exhibition takes place.

These few weeks, during which the Indigenous Australian lift a tiny corner of the veil that conceals their history, should be used to familiarise oneself with another universe –
one with a very old mythology that is still materializing today. And that is exceptional. 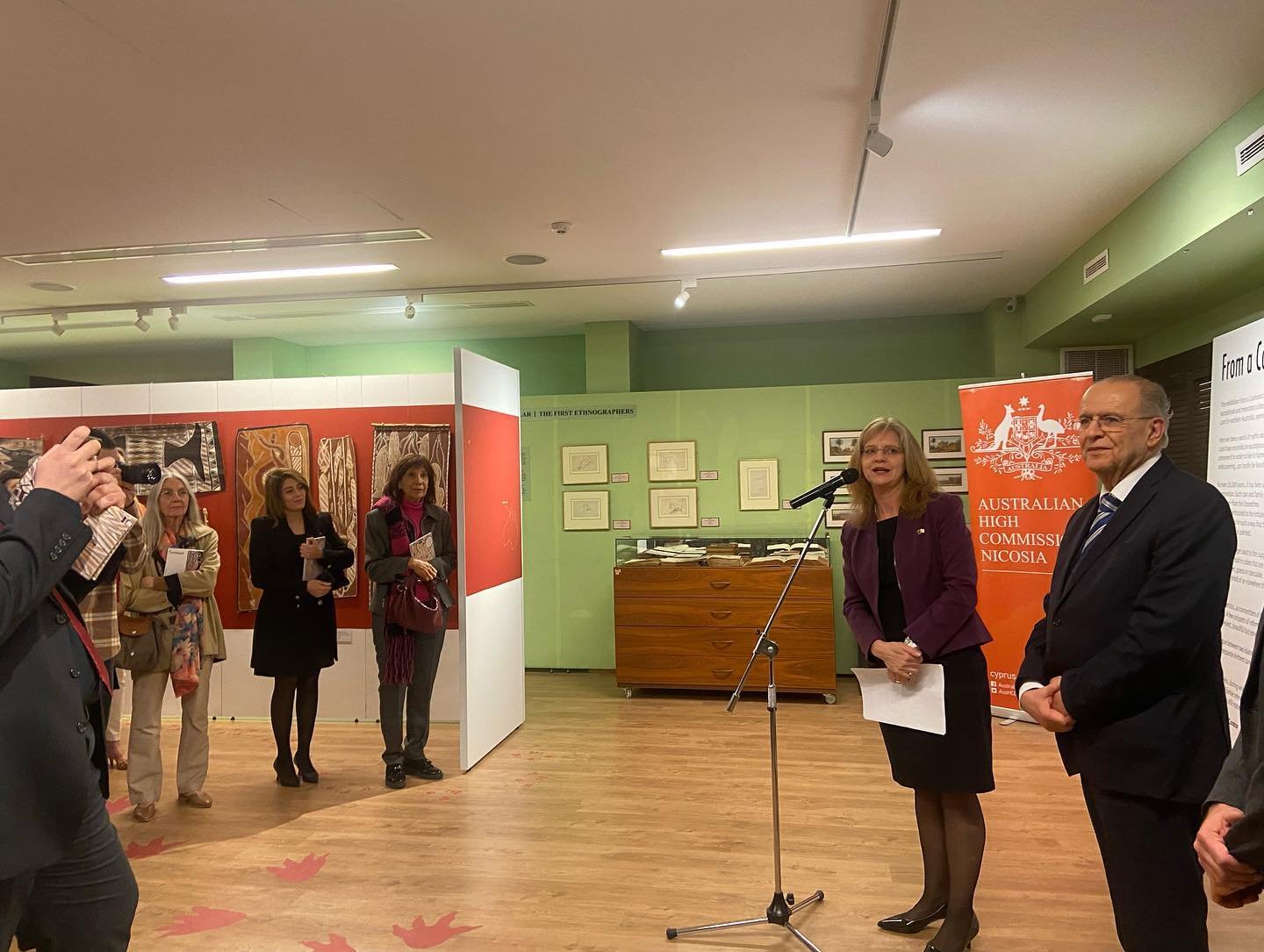 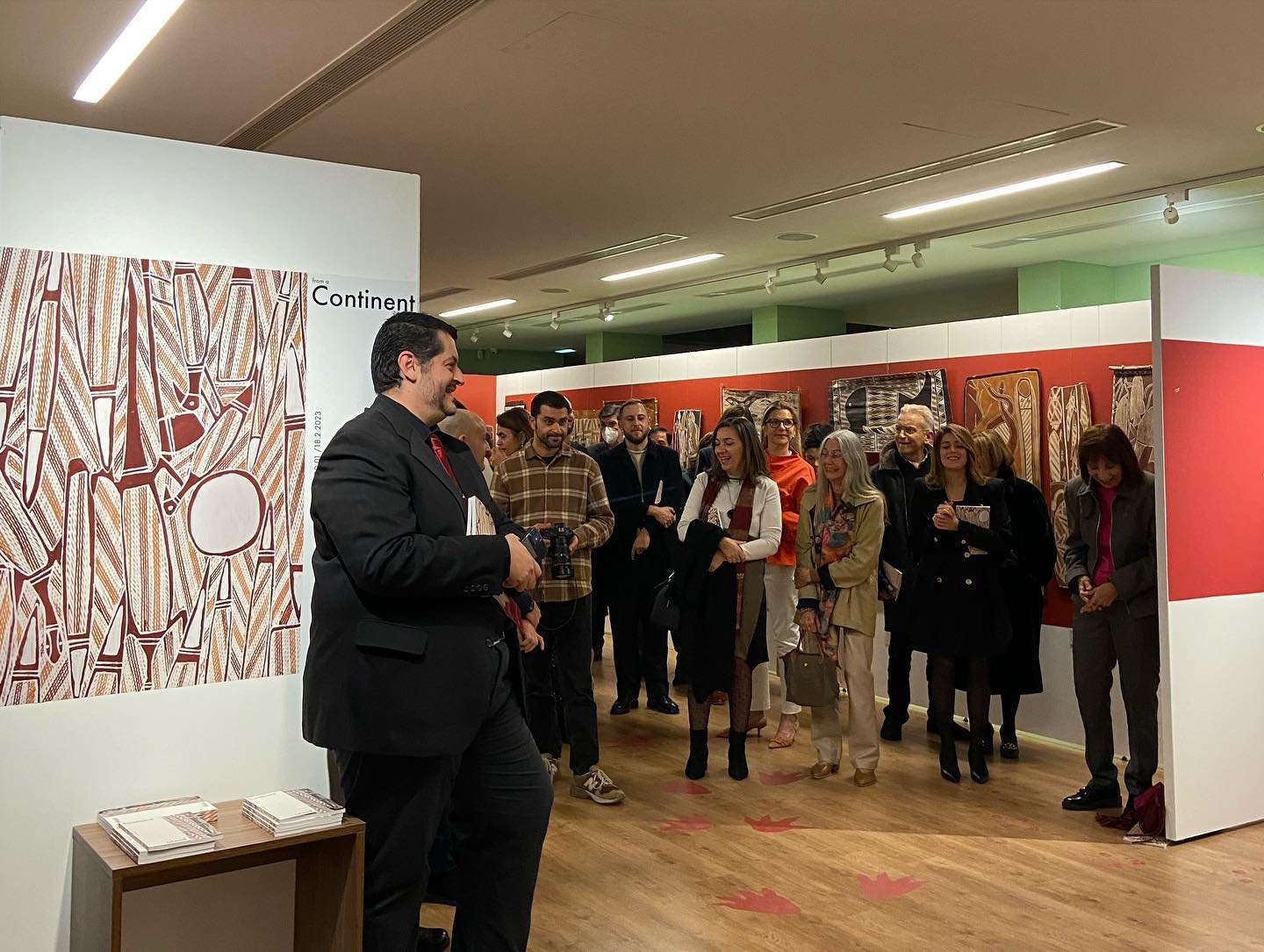 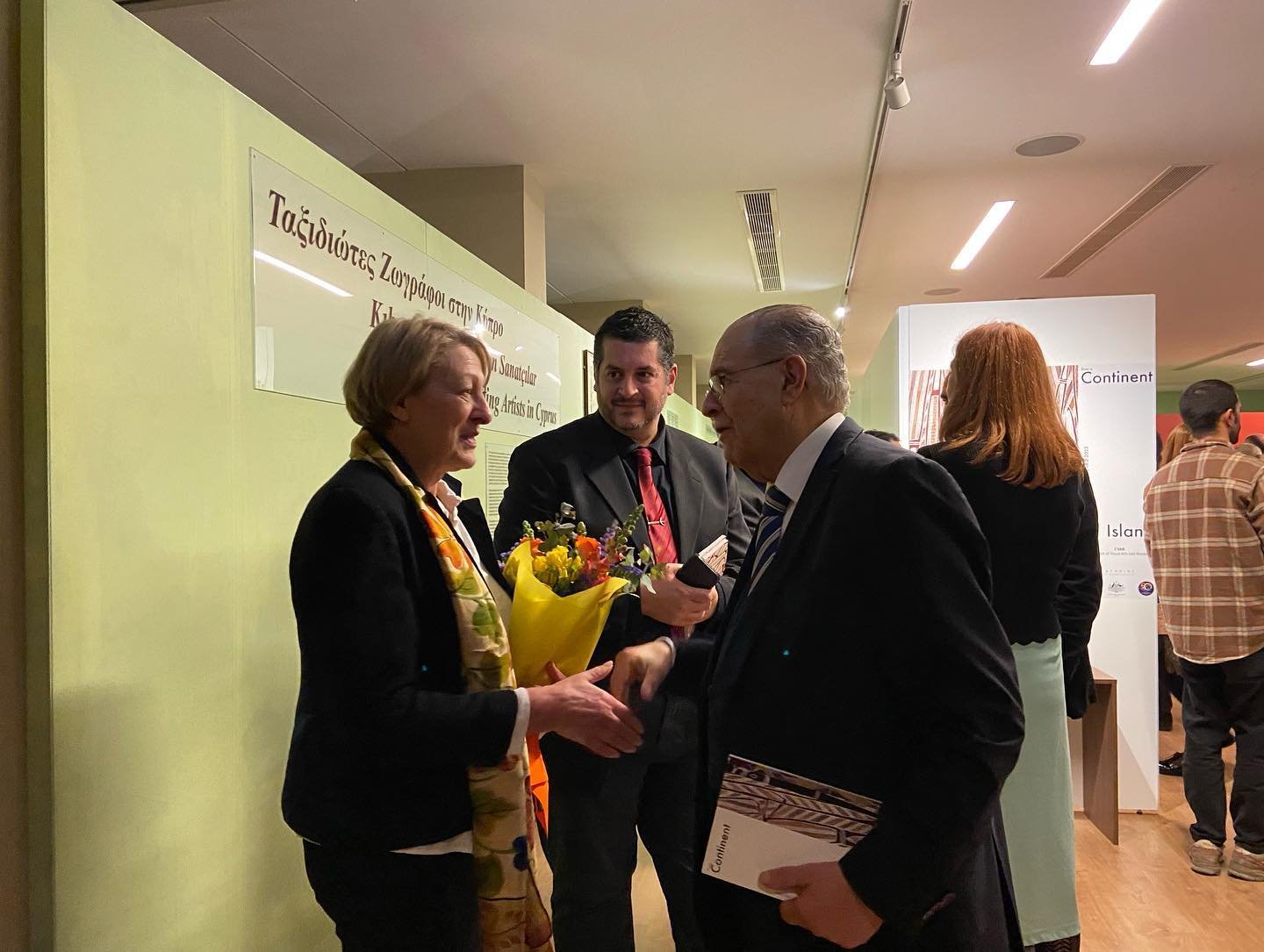 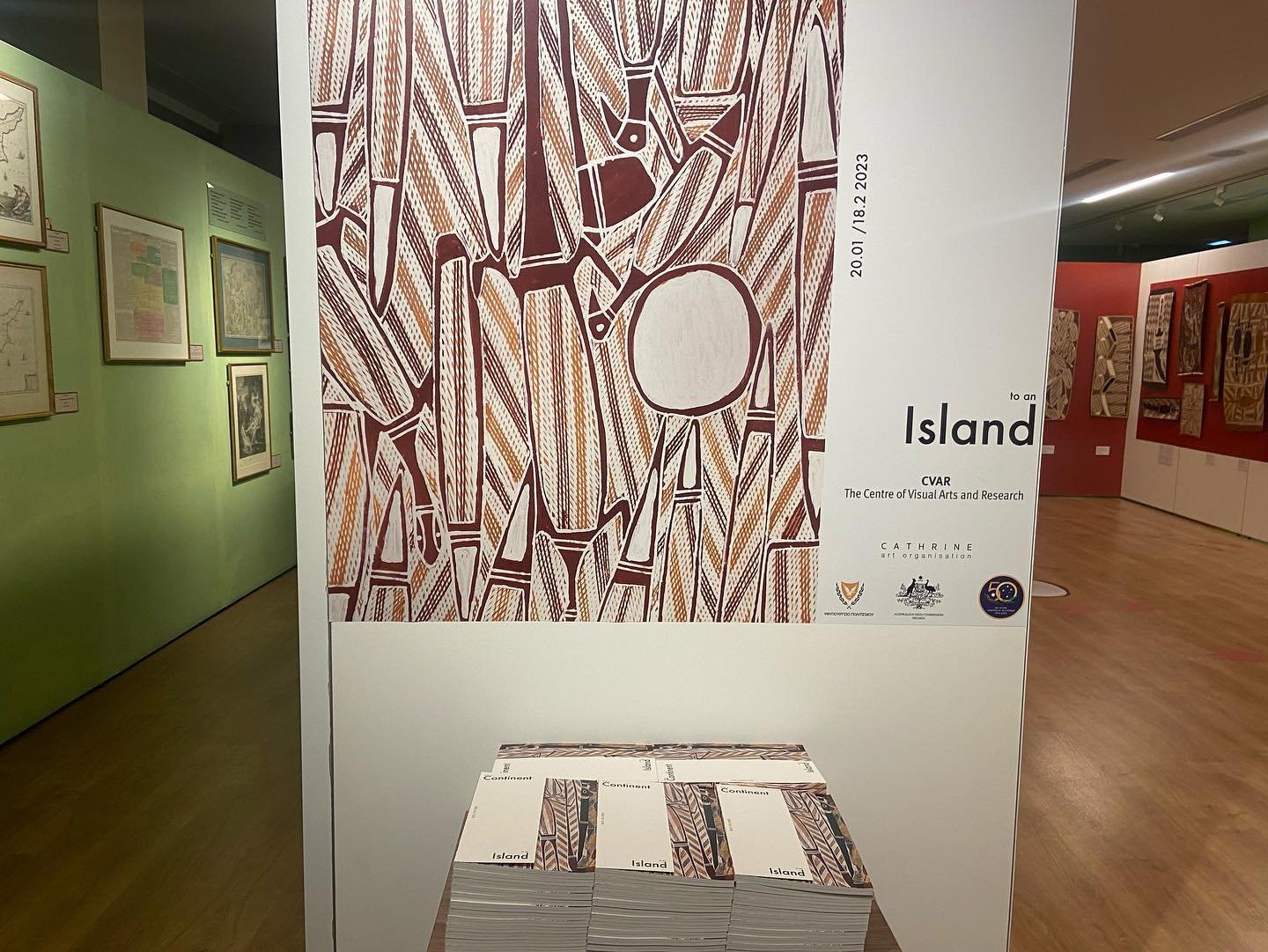 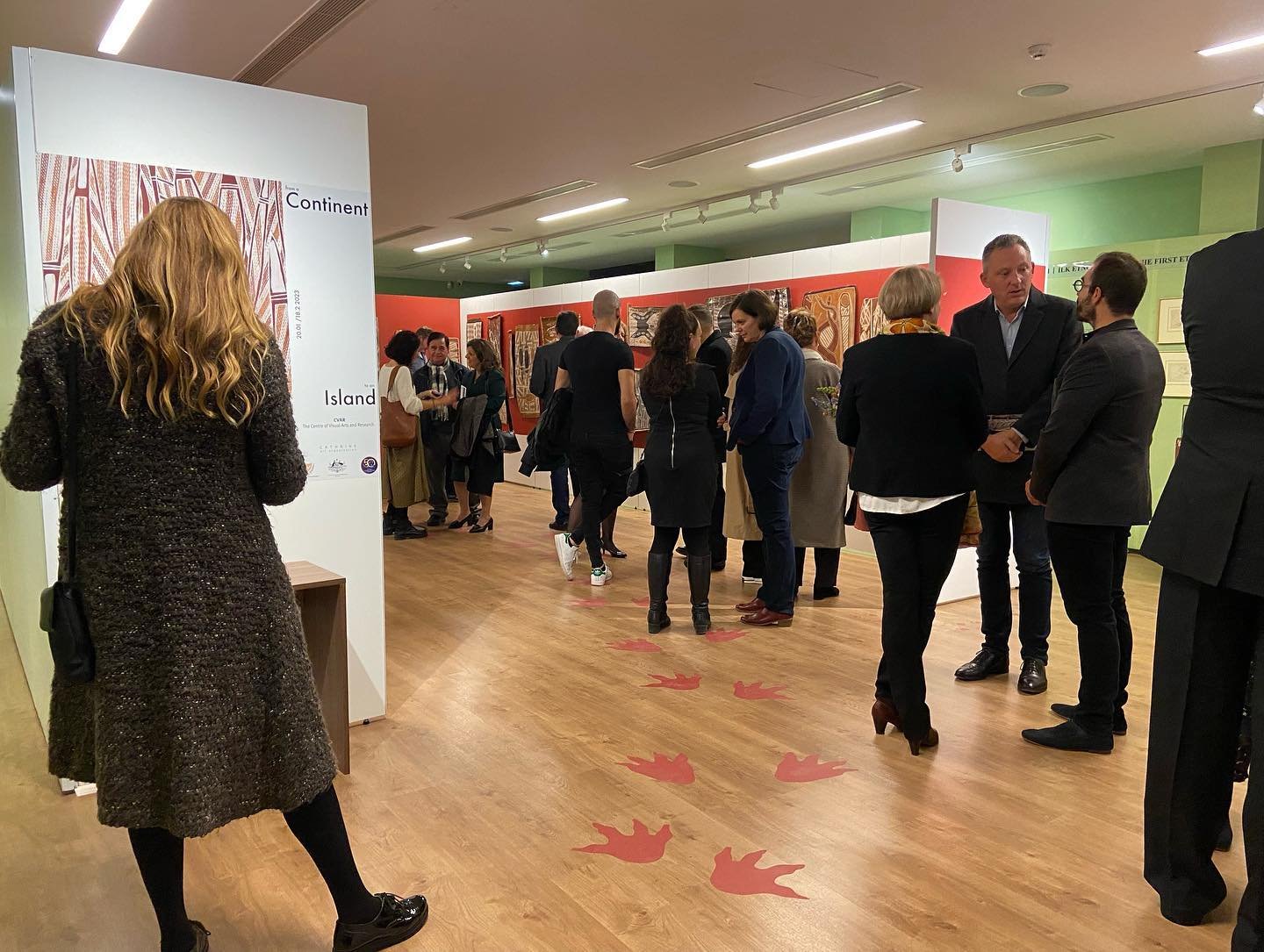 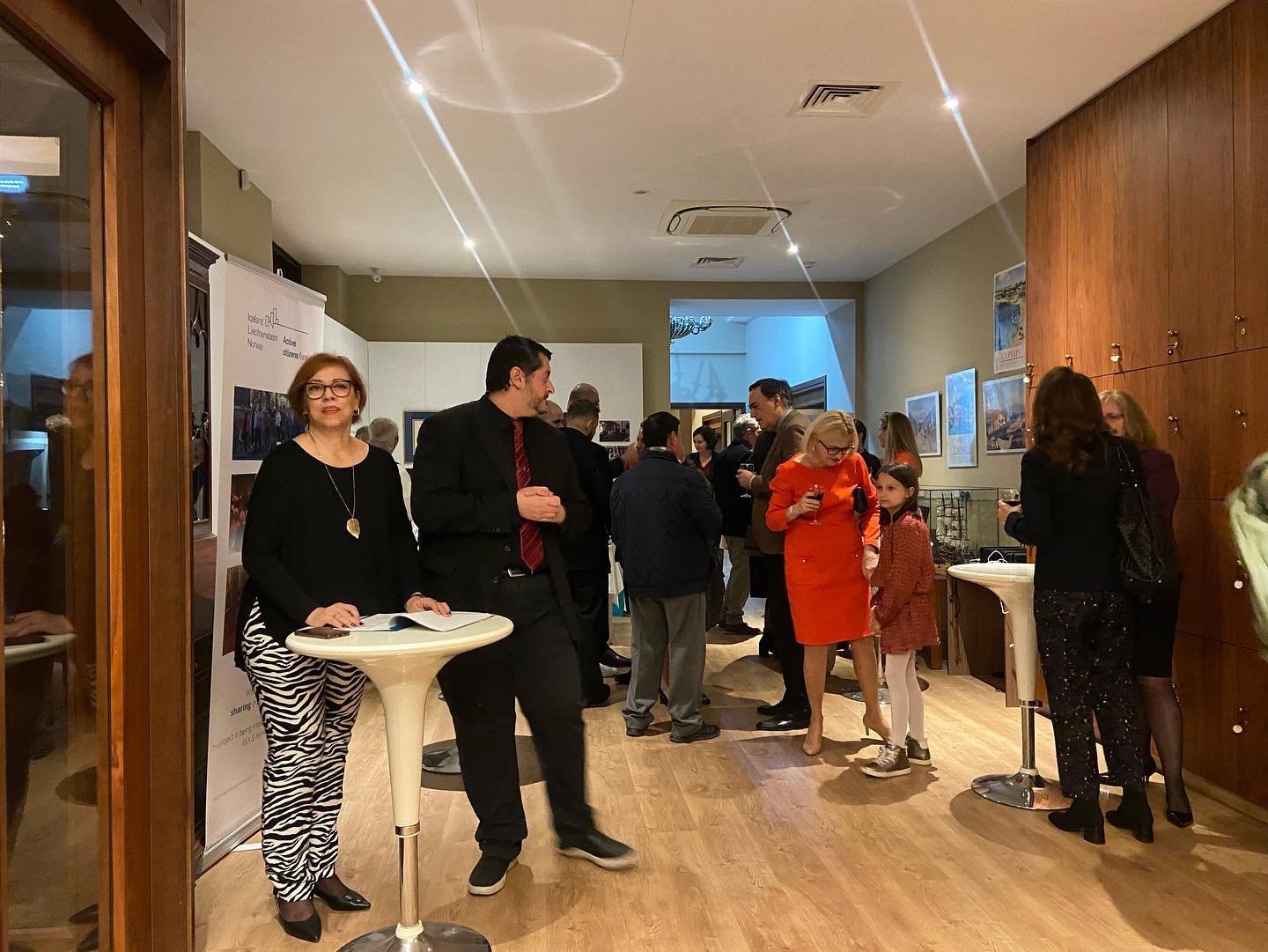 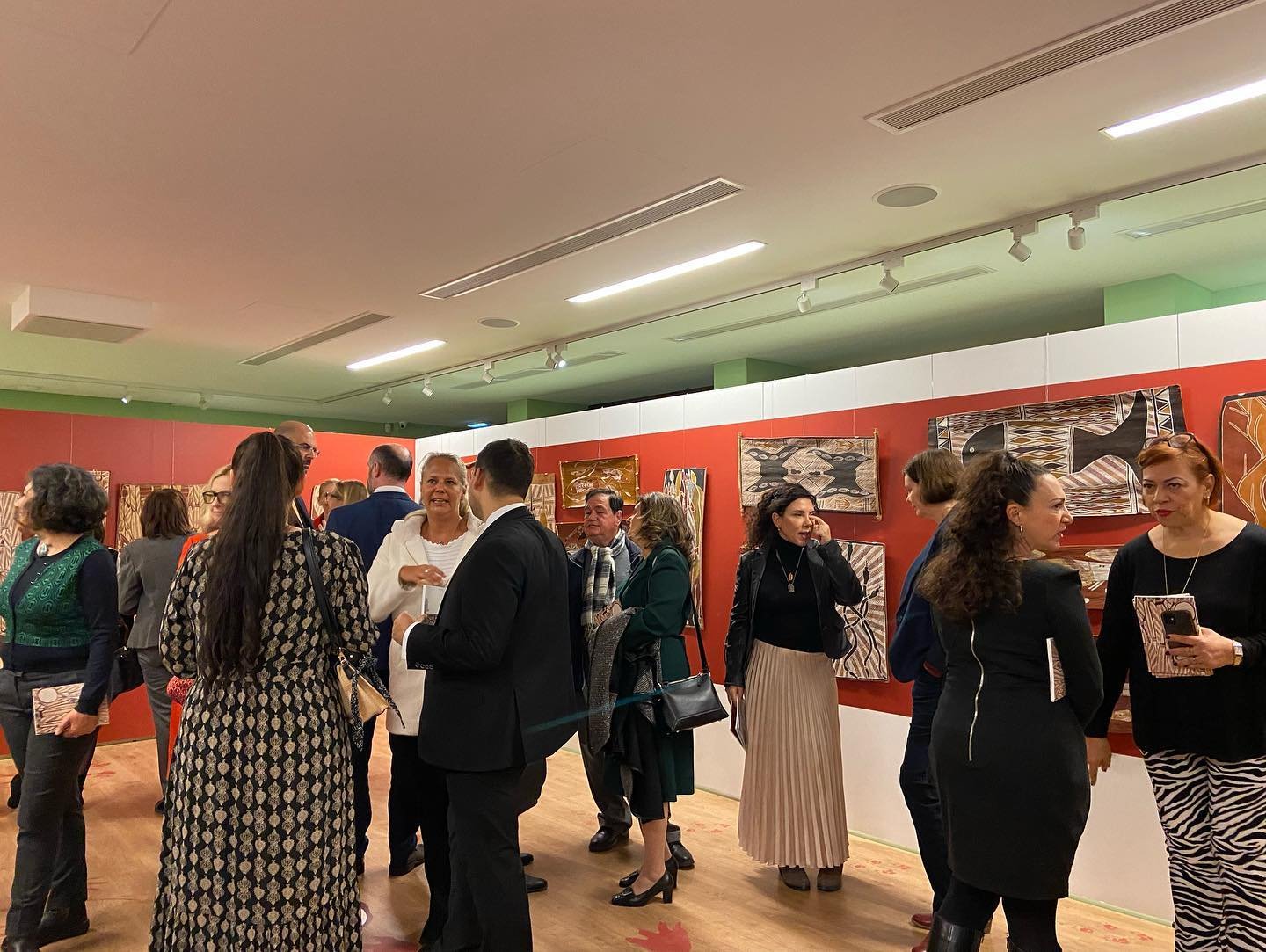 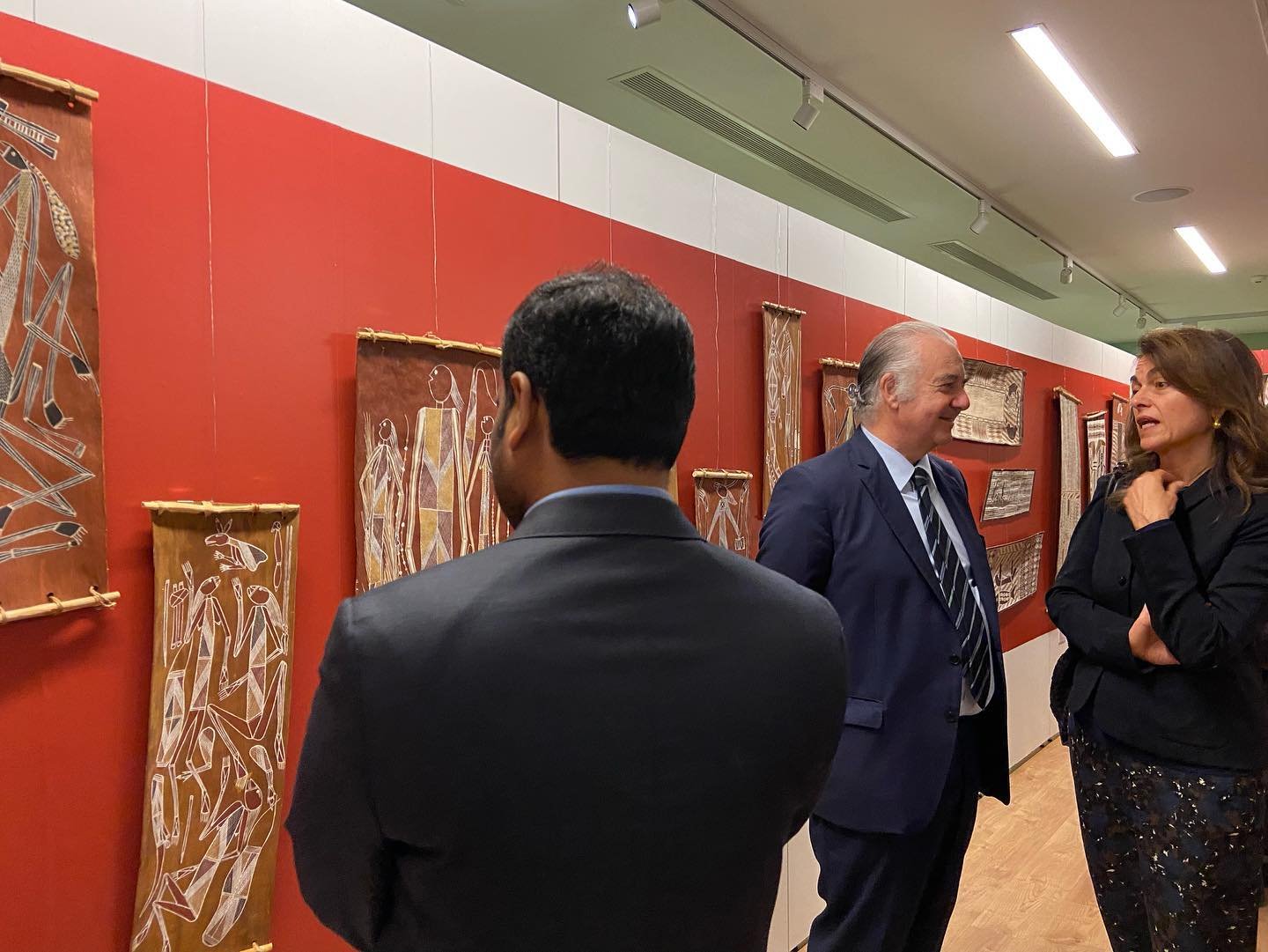 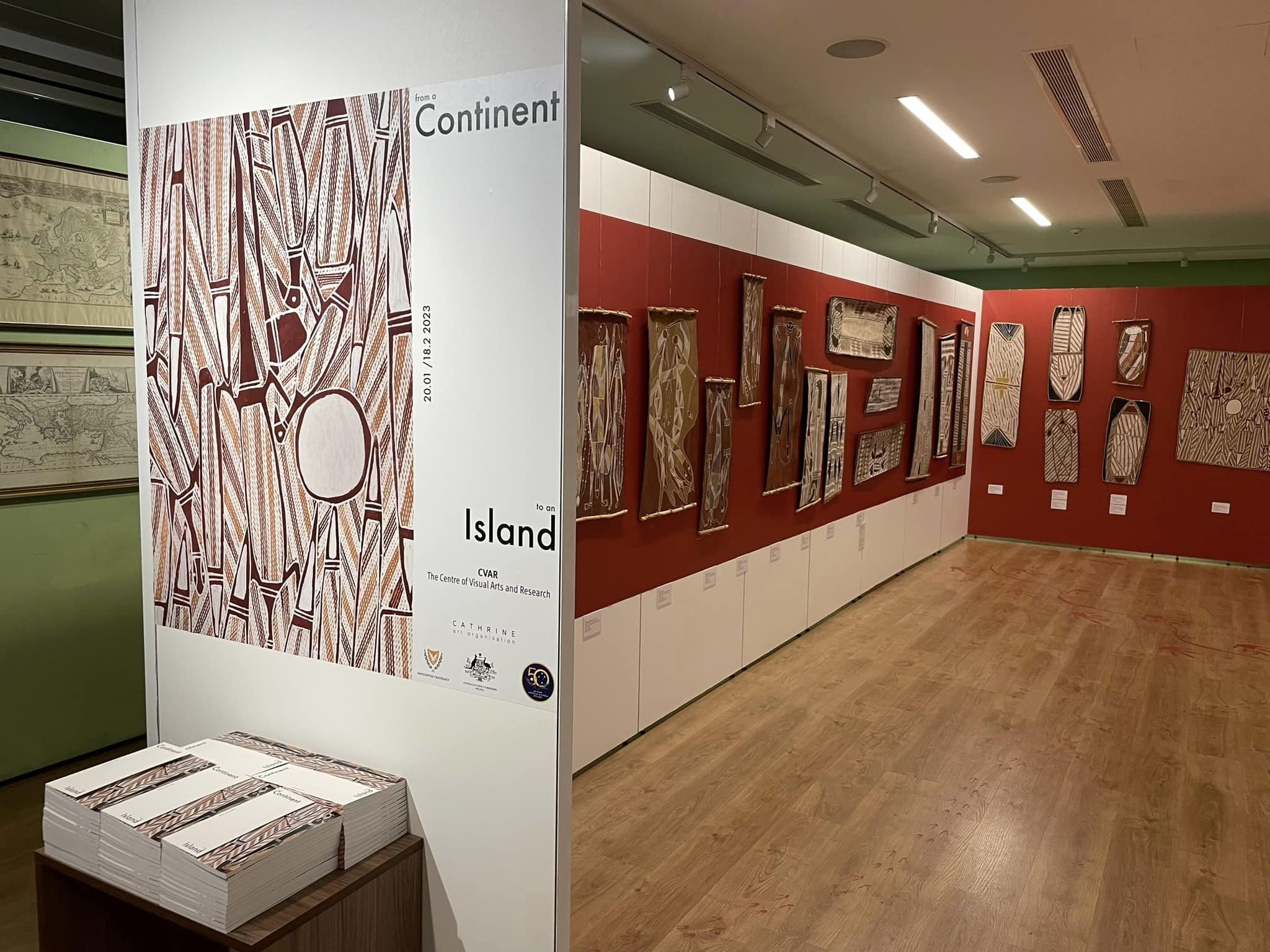 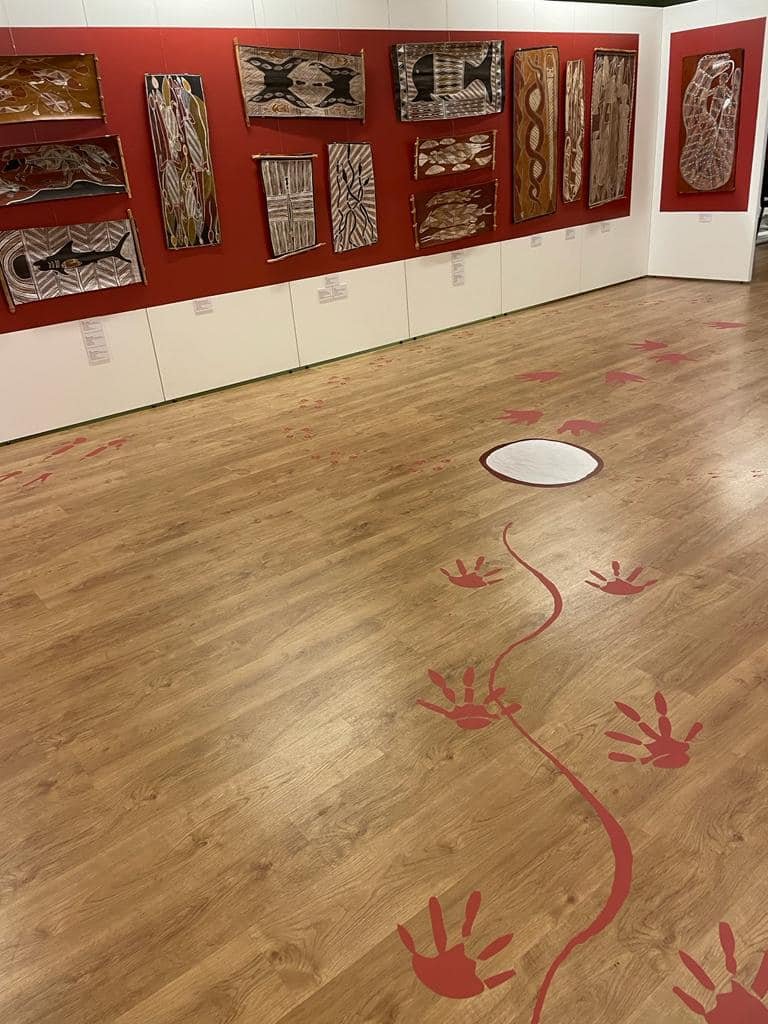 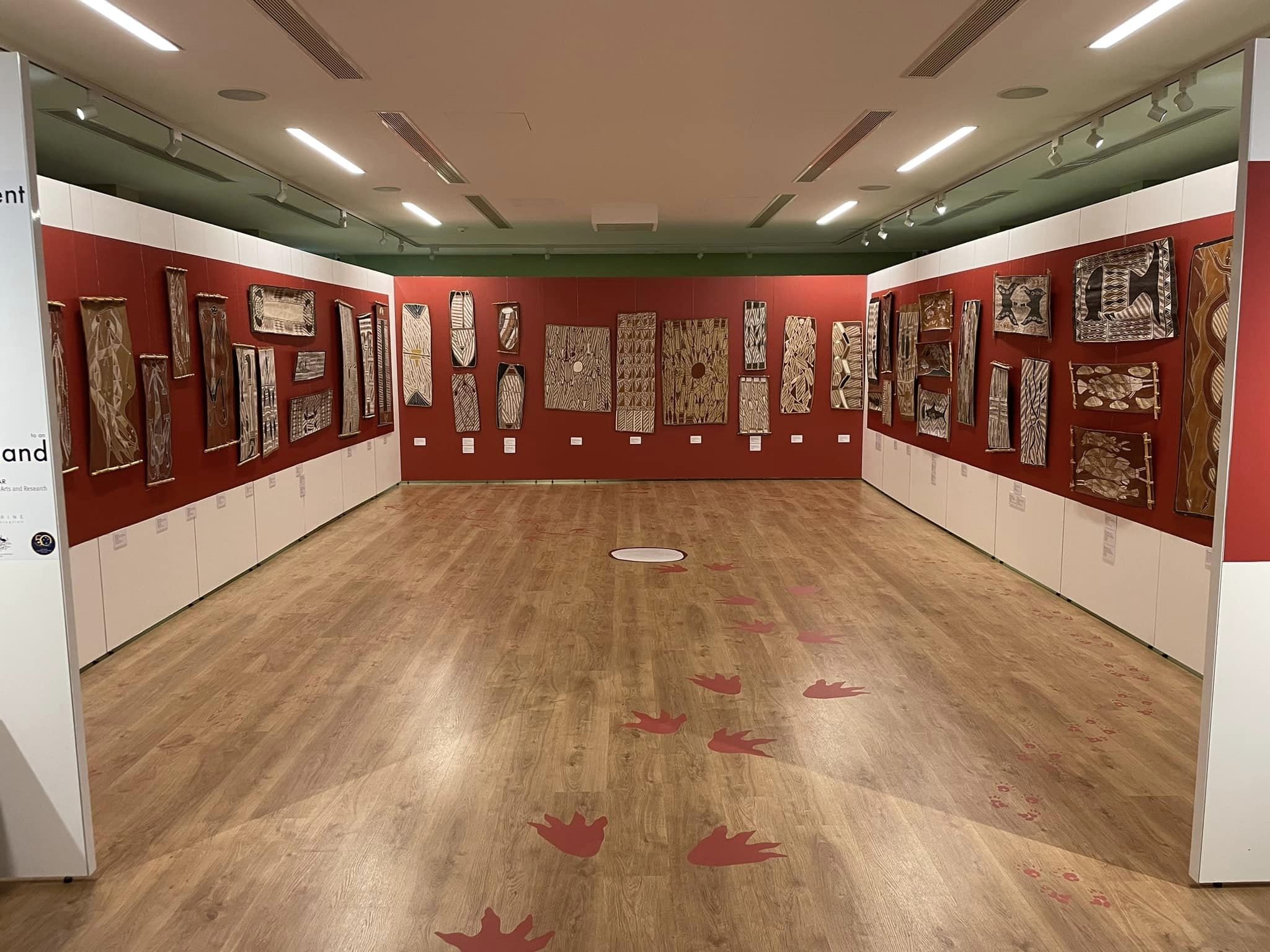 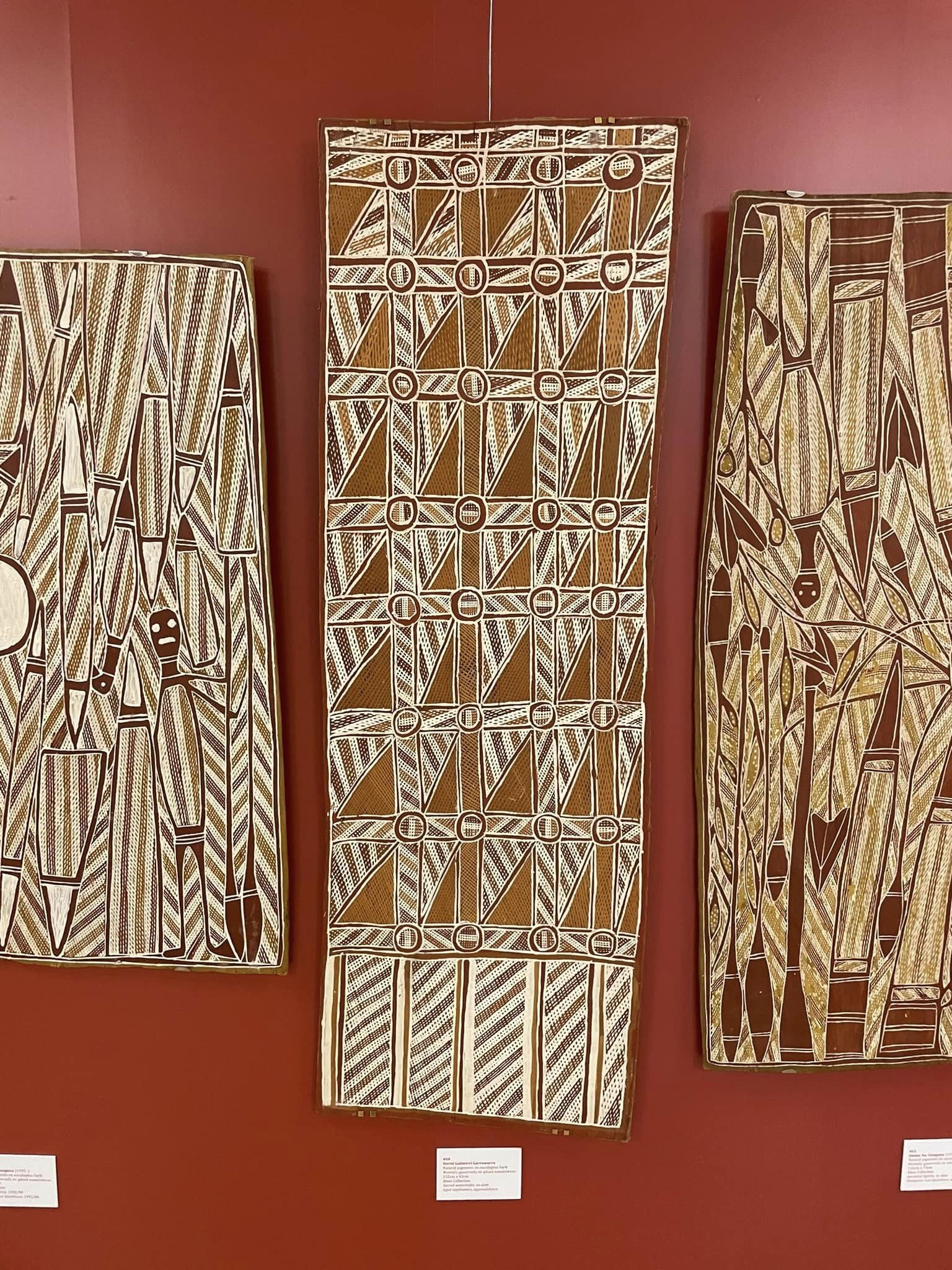 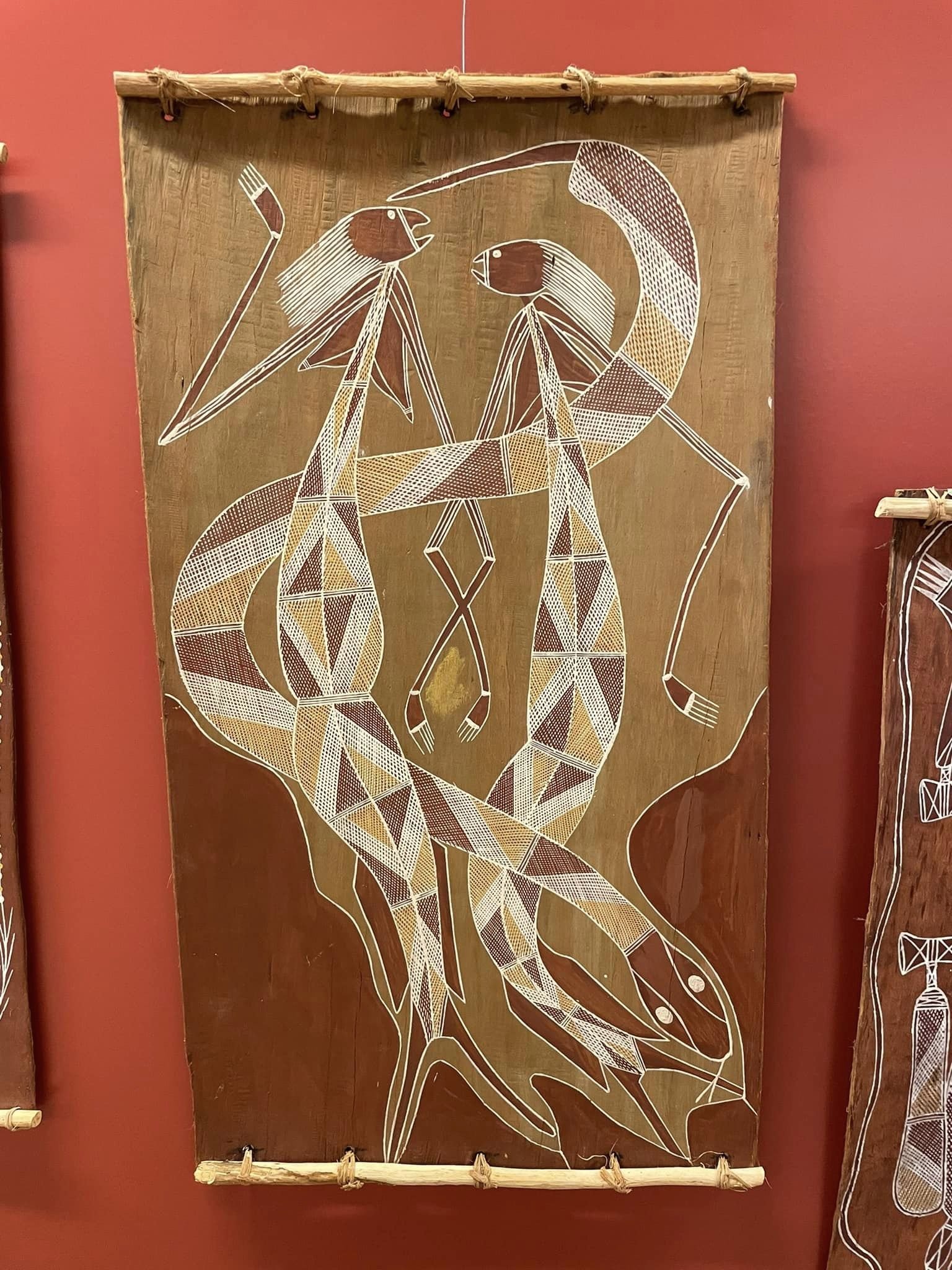 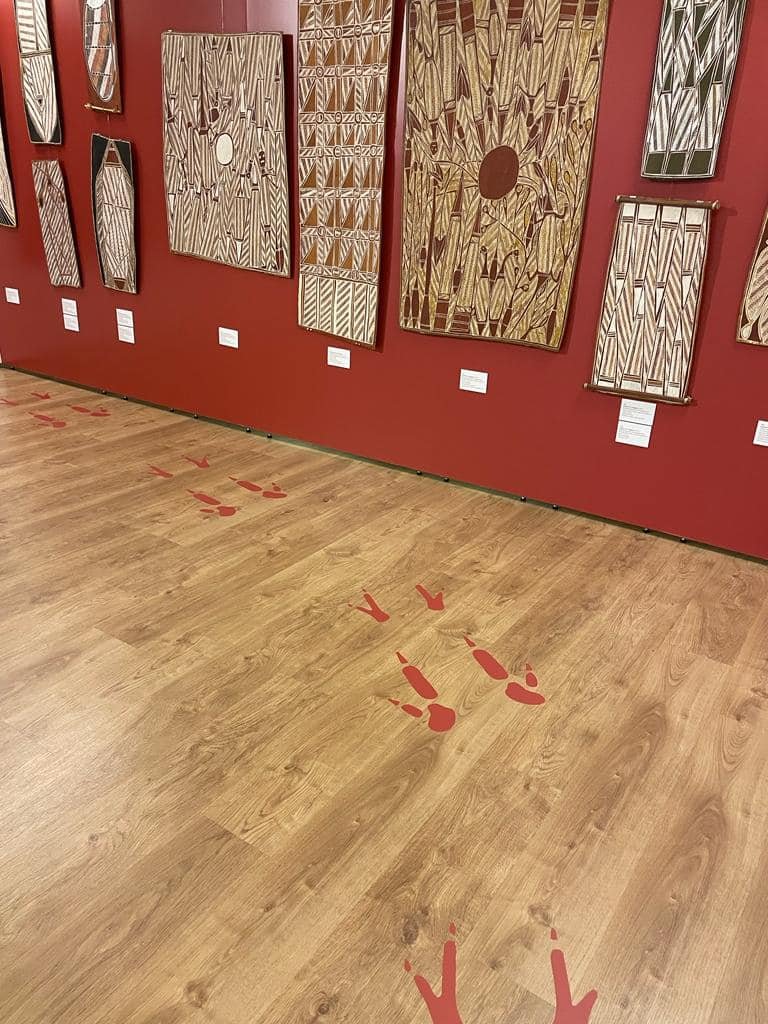